This article was originally published in our enewsletter.

Current lay and medical women's health literature considers progesterone, the human hormone made by women's ovary in the same category as its synthetic, "knock-offs". "Progestogens. . .include both endogenous progesterone and synthetic progestogens designed to mimic its actions"[1].

This erroneous classification creates confusion, bad science and poor medical care. The purpose of this article is to clarify why progesterone is in its own class and must not be lumped with a very diverse set of man-made chemicals.

Progestogens (or progestins as they are often called in North America) are chemicals that can be called that only if they do two things: 1) change the uterine lining to allow implantation of a fertilized egg; and 2) support early pregnancy until placental hormones take over in the second trimester. These progestogens, however, also possess many other actions throughout the body and these may/may not be similar to progesterone actions. Most importantly progestogens' non-uterine actions and are often unknown.

Progesterone is progesterone. Progesterone is created by our bodies, in high levels by the ovaries after ovulation in menstruating women and in low doses by the adrenal glands for women of all ages and for men. Progesterone that is manufactured from a vegetable base as a medicine is the same as our bodies make, is natural, "bio-identical," and has the same whole body actions as our own ovarian hormone. Progesterone acts in the brain and in cardiovascular, respiratory, musculoskeletal and immune systems as well as in all cells and tissues.

Because progesterone is part of our endogenous hormonal environment we understand the other body systems with which it interacts, what receptors it activates, how it is metabolized and broken down, and how it is eliminated from the body. We can't say this about any progestogen.

How did classification of progesterone as a progestogen come to occur?

Progestogens were originally created because progesterone, when it was first discovered and began being used as a medicine in the late 1920s, was inactive as a pill [7]. The stomach and intestines broke it into inactive pieces. To find a medicine to do the uterine things that progesterone normally does, dozens of chemicals were then created. Chemists used progesterone, testosterone and many other steroid molecules as the base to create a molecule with progesterone's two key uterine actions. These chemicals were widely marketed and came to be used with estrogen as part of menopausal ovarian hormone therapy (OHT). It wasn't until 1980 (30-40 years later) that French scientists figured out that micronizing progesterone (making into small bits) and mixing it with oil would allow it to be active by mouth [8]. However, it took until the mid-1990s for oral micronized progesterone to be manufactured, marketed and available to physicians in many countries. Oral micronized progesterone only came to Canada in 1996(although it was made by compounding pharmacists years before that). Since so many years had passed without access to progesterone, doctors were used to progestogens/progestins and had come to think of them as progesterone.

The problem is that progesterone and the various "progestogens differ widely in their affinities and transcriptional effects via different steroid receptors" [1]. Thus progestogens potentially have a dog's breakfast of wildly differing actions. The most recent experts even go on to say that, since they have so many varying actions, progestogens "cannot be considered as a single class of compounds"[1]. Not only is progesterone not a progestogen even the varied members of that group shouldn't be lumped into a single class!

Today we have available the oldest progestogens created from testosterone, including levo-norgestrel (still used in birth control pills and as part of progestin-releasing intra-uterine devices for contraception). We also still use the old progestogen, norethisterone/norethindrone, in combined hormonal contraceptive pills (CHC) and especially in extended or continuous CHC. However norethisterone, instead of being a counterbalance to estrogen's actions, is broken down in part to become estrogen! There are also now second and third generation progestogens used in CHC and as part of OHT. However when a doctor prescribes estrogen with a progestogen rather than with progesterone, and when a woman accepts that therapy, there is an increased risk of serious adverse effects such as breast cancer, blood clots and increased risks for strokes. Accepting as OHT, estrogen with progestogen is also providing inferior treatment because progesterone-related benefits like improved sleep will not occur [9].

Rather than focussing on progestogen's many potential negative and some positive actions (like medroxyprogesterone increasing bone formation in a similar way as progesterone [10]), let's review some of the less well known positives from use of progesterone as a treatment.

What else besides its uterine actions does progesterone do?

1. Treats Hot Flushes/Flashes and Night Sweats
One of the main reasons for menopausal OHT (which is considered to be estrogen alone or estrogen with progesterone/progestogen) is to treat wellness-disturbing hot flushes/flashes and night sweats (called vasomotor symptoms, VMS). It is very well documented that estrogen decreases VMS significantly more than placebo [11]. But that same meta-analysis showed that estrogen with a progestin was significantly more effective than estrogen alone [11]. CeMCOR scientists showed that medroxy-progesterone was equally effective as estrogen for treating VMS based on daily data over one year in women immediately post-bilateral ovary removal when they were premenopausal [12]. However, it wasn't until 2012 that progesterone, itself, was proven effective for VMS; CeMCOR scientists, funded by private donations conducted a highly successful randomized, placebo-controlled trial of progesterone versus placebo [13]. In addition, progesterone for VMS treatment shows no withdrawal-related increased VMS when it is stopped, in contrast to estrogen treatment alone which often causes a rebound increase in hot flushes [14].
2. Improves Sleep
Progesterone gets past the blood-brain barrier, which most progestogens/progestins do not, and has known interactions with brain hormones and neurotransmitters[15]. The result of progesterone's brain actions is an ability to fall asleep faster, less disturbed deep sleep and overall increased total sleep time [16]. Many sleep aids cause morning sluggishness. Progesterone was proven in a randomized, placebo-controlled trial to have no negative effect on morning alertness, cognition, memory or coordination [16]. Furthermore, it is the only known effective sleep aid that in higher than normal doses does not suppress breathing—it is safe even in doses high enough to cause unconsciousness and act as anesthesia.
3. Decreases Breast Pain/Nodules and Breast Cancer Risk
We have already discussed that estrogen increases breast cell growth (proliferation) and that these effects are counteracted by progesterone that opposes estrogen-related proliferation [2,3]. Furthermore, in a meta-analysis of estrogen with progesterone compared with estrogen with progestogens, the breast cancer risk was significantly decreased by over 30% (Asa, 2016).
4. Ensures Essential Thyroid Function
Given that both progesterone and thyroid function are active in regulation of body temperature, CeMCOR scientists asked whether progesterone altered thyroid hormone levels. They examined this question using data from the placebo-controlled trial of progesterone for menopausal VMS. The results, for the first time showed that, although progesterone treatment (300 mg at bedtime daily) had no effect on thyroid stimulating hormone (TSH), or free tri-iodothyronine (Free T3), it did significantly increase free thyroxine (Free T4) levels [17]. Given the necessity of high progesterone levels during pregnancy and the need of the developing fetus for adequate Free T4 levels, and to counteract the estrogen-stimulated higher thyroid binding proteins resulting in lower active thyroid hormone, progesterone's stimulation of Free T4 ensures essential brain growth for the fetus.
5. Enhances Positive Bone Balance Through Increasing Bone Formation
Estradiol is very important in normal bone growth. Bone needs to reach an optimal late teens "peak bone mass" that will be too low, for example, in women who don't get periods (called amenorrhea) and have low estrogen and progesterone levels.
At the peak of estrogen in the middle of the normal menstrual cycle, bone loss is totally suppressed [18]. However some increased bone resorption, or loss, occurs every cycle as estrogen levels decrease from their midcycle peak to their normally low levels during menstruation [18]. Therefore, bone formation needs to be stimulated each cycle to preserve a healthy bone balance in menstruating women. Progesterone, acting through its own progesterone receptor on the osteoblast (bone-forming cell), stimulates new bone formation. It does this in two ways—by increasing numbers of osteoblasts and by increasing the ability of osteoblasts (differentiation) to lay down the protein "foundation" of bone called osteoid [19].
This work of progesterone in bone formation is important. From meta-analysis of six one-year studies (from three countries) that those menstruating women with regular cycles (which means their estrogen levels were normal) but who had fewer days per cycle in which progesterone levels were high, were losing almost one percent of spinal bone a year compared with those with the best ovulation/progesterone characteristics [20].
6. Protects the Cardiovascular Electrical System
Most of us know that the heart beat is controlled through electrical signals. And if there is electrical disruption, as sometimes drugs may cause, a life-threateningly fast or a death-producing slow rate may occur. But we are unlikely to think that ovarian hormones might play a role in heart circuitry. The situation of "long QT syndrome" is serious and can be caused or made worse by estrogen treatment [21]. Since progesterone is women's hormonal partner, it is not surprising, but is very important that progesterone shortens the QT intervals and thus protects against fatal arrhythmias [22]. So far this has only been shown in experimental animals.
7. Improves Blood Vessel Endothelial Function
The essential feature of the cardiovascular system of our heart and blood vessels is their ability to change how fast the blood flows. This blood flow control system is called "endothelial function". We have known for decades that estrogen increases blood flow through this system [23]. Because some progestins may have negative endothelial system effects, progesterone was assumed to be similar. However, progesterone was proven to be equally or more effective than estradiol at increasing forearm blood flow in a CeMCOR scientist-conducted randomized, controlled trial[24]. In this essential endothelial control of blood flow, estradiol and progesterone act similarly.
8. Preventing Coronary Artery Disease
Estrogen has long been considered the reason that women have heart attacks when they are 10 years older, on average, than men. However, the large Women's Health Initiative randomized controlled trial of estrogen alone versus placebo did not show that estrogen therapy prevented heart disease [25]. Nor have many other large and well-conducted studies. CeMCOR has gathered evidence that, during the 30-40 years of menstruating life, both normal estrogen and progesterone (in normally ovulatory menstrual cycles) are needed to prevent or delay women's heart disease [26].

In Summary progesterone is a unique endogenous steroid hormone produced cyclically by the ovary after ovulation (and in pregnancy) that stands alone for women as a partner hormone with estrogen. It should not be considered in the same thought, much less in the same class, as synthetic hormones called progestogens/progestins, that share only two uterine actions with it. Only when we recognize the unique partnership for women of estrogen and progesterone actions will we achieve optimal women's medical care and overall health.

Is a year long enough to evaluate the benefit of being on a combination of estrogen and progesterone? 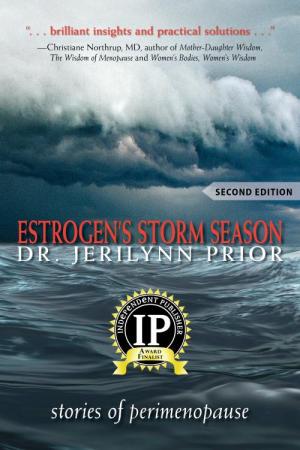